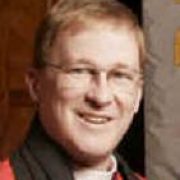 The Rt. Rev. Shannon Sherwood Johnston became the XIII Bishop of Virginia on October 1, 2009 after having been bishop coadjutor for two and one-half years. Consecrated bishop at the Washington National Cathedral on May 26, 2007, Bishop Johnston (he likes to be called “Bishop Shannon”) came to the Diocese of Virginia from Tupelo, Miss., where he had been rector of All Saints’ Episcopal Church for 13 years. One of five nominees for the election of a bishop coadjutor on January 26, 2007, he was elected on the third ballot. His investiture and recognition took place on January 29, 2010 at St. Paul’s, Richmond during the 215th Annual Council of the Diocese of Virginia. Bishop Johnston now leads one of the largest dioceses of the Episcopal Church, with oversight of more than 450 clergy and some 80,000 parishioners in 181 congregations. Special responsibilities include leadership of the diocesan centers at Roslyn and Shrine Mont. While uncomfortable with the current “labels” in today’s Episcopal Church, Bishop Johnston is a vocal centrist, although he freely admits to being “on the Left” for the personal and societal questions besetting the Church, while standing “on the Right” for Anglicanism’s ecclesial life and present concerns. Holding such positions simultaneously is testament to his commitment to a preeminent theology of community in the Church’s life—a community in which our commitment is to one another in the Lord Jesus Christ rather than to like-mindedness in our own associations, even as disagreements over the nature and interpretation of Scripture continue.

His first employment was in programming for young adults and youth, first at the University of North Alabama and then with the Boys’ Club of Glynn (now the Boys’ and Girls’ Club) in Brunswick, Ga. In 1985 Bishop Johnston entered Seabury-Western Theological Seminary, Evanston, Ill. His studies during this period included two terms of study at Westcott House Theological College at Cambridge University in England where he engaged in independent research as well as the regular course curriculum. He returned to Seabury-Western in 1988 to receive the M.Div. degree, graduating first in his class. Bishop Johnston was then ordained to the diaconate on June 11, 1988 and moved to Selma, Ala. where he became curate of St. Paul’s Church. He was ordained to the priesthood on December 14 of the same year.

In 1990, Bishop Johnston accepted the call to become rector of Church of the Advent in Sumner, Miss. (in the Mississippi Delta region). Within a year, he led the establishment of the Kairos prison ministry at the nearby Parchman State Penitentiary. He was intensely committed to this work for the next four years, until his move to All Saints’, Tupelo in 1994. There, he led dramatic congregational healing and growth as he also became noted for his leadership in the Diocese of Mississippi.

Over the years All Saints’ became a leading presence in outreach ministries, most notably in an HIV/AIDS ministry and education program that won a national award. Bishop Johnston’s diocesan ministries over the years included two terms on the Standing Committee (president), a term on the Diocesan Executive Committee (vice-president) and nine years as a diocesan dean. He also served in a variety of leadership roles in the Diocese of Mississippi.

Always maintaining a passion for liturgy and music, he has served on the faculties of two LPM national conferences. Bishop Johnston has also been featured in several roles for the annual Mississippi Conference on Church Music and Liturgy, a national conference directed since 1994 by Ellen Johnston who is a professional church musician and clinician. The Johnstons met at this conference in 1992 and were married on May 20, 1995.

In addition to his work in liturgy, Bishop Johnston promotes dialogue from classic and academic theology as a foundation for the Church’s present doctrinal and theological debates. Accordingly, he happily serves the Episcopal Church nationally on the Committee for Theological Education.

Bishop Johnston enjoys several hobbies, especially traveling with Ellen as time allows. They also support various animal welfare projects while spoiling their own house pets absolutely rotten. Bishop Johnston is an avid collector of recordings of classical music, stemming from his own days as a performing musician. An extensive personal library covering many interests can only thinly disguise the fact that Bishop Johnston maintains his life-long obsessions with the Green Bay Packers and the Alabama Crimson Tide football teams.

Even so, both Seabury-Western and the Virginia Theological Seminary have bestowed honorary doctorates on Bishop Johnston. 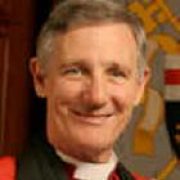 The Rt. Rev. David Colin Jones. Bishop Jones was elected on January 27, 1995, and consecrated in the Washington National Cathedral on June 24, 1995. He lives in Burke and keeps office hours in Alexandria and Richmond. 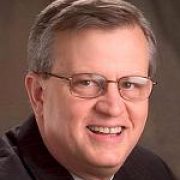 The Rt. Rev. Edwin F. “Ted” Gulick Jr., became the assistant bishop on January 1, 2011. Bishop Gulick returns to his native Virginia from the Diocese of Kentucky, where he served as diocesan bishop from 1994-2010.

From 1965 to 1970 Bishop Gulick worked at Shrine Mont, first as a counselor-in-training, then cabin counselor, and finally as assistant director of St. George’s camps.

Bishop Gulick served as a parish priest for 20 years before his election as a bishop. Ordained to the Diaconate in 1973 and the priesthood in 1974, he became assistant rector of Trinity Church, Towson, Md., in 1973 and rector of Grace Church, Elkridge, Md., in 1976. In 1982, he was called to serve St. Stephen’s Episcopal Church in Newport News, Va., where he was rector for 11 years until elected bishop.

As the Diocese of Kentucky’s bishop, Gulick was chief pastor to its clergy and 34 congregations. Speaking of his tenure in Kentucky, Bishop Gulick said he was particularly proud of the caliber of clergy he has recruited. Because of the excellence of their leadership, he said, the attendance in the diocese’s churches has grown 30 percent since 1993. He also highlighted the diocese’s commitment to youth and young adults ministries and the formation of seminarians.

In 2008, Gulick earned the distinction as the first Episcopal bishop to head two dioceses simultaneously when he was asked by Presiding Bishop Katharine Jefferts Schori to serve part time as the provisional bishop of Diocese of Fort Worth, which was being reconstituted after the prior bishop and diocesan convention separated from the Episcopal Church.

In the wider church, Bishop Gulick undertook a particularly active role in ecumenism. He has served two terms on the SCEIR (Standing Committee on Ecumenical and Inter Religious Relations), co-chaired the Anglican Roman Catholic Dialog USA from 1997 to present, and served as one of the Episcopal Church’s representatives on the Consultation on Church Union 1995-2000. In 2001, he was also appointed by Archbishop George Carey to serve on IARCCUM (International Anglican Roman Catholic Commission on Unity and Mission), an ongoing commitment.